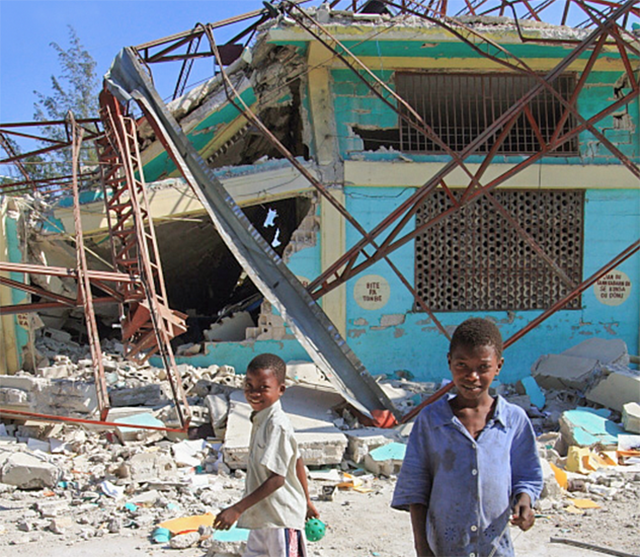 Within days of Hurricane Matthew, the Foundation mobilized to give immediate response to Caribbean families whose lives were severely disrupted. The Foundation created a special Hurricane Relief Fund which is 100% dedicated to relief efforts for Haiti and The Bahamas. Hurricane Matthew made passage through Haiti and Bahamas in close succession during the first week of October 2016. In its wake was an alarming death rate and massive destruction to homes and properties on both islands.

The Sandals Foundation invested over $200,000 in the renovation of three Turks and Caicos schools damaged by the passage of hurricanes Irma and Maria in 2017. Repairs to the Enid Capron Primary school included roofing, electrical work and other infrastructural improvements to the Stubbs which houses the school’s sick bay, the school kitchen, the computer room and teacher resource room. Construction of the new library at Clement Howell High School, funded by the Sandals Foundation was well underway when the hurricanes hit in September 2017 and the newly refurbished structure suffered some damage. The school also suffered damage to its canteen. The Sandals Foundation completed construction of the state of the art library and made the repairs to the school’s canteen which included replacing the roof, patio, doors and windows. Ianthe Pratt Primary School received repairs to their kitchen, library, hallways, classrooms and had a new stage constructed for their performing arts area

205,000 Aqua Tabs for water sterilization in partnership with Population Services Inc. & the Ministry of Health Haiti

Aiding Salesian Missions who provide up to 3,000 daily meals for orphans

Providing volunteers with transportation, equipment and fuel to assist with clean-up and critical repairs

Join us in our promise to our Caribbean community 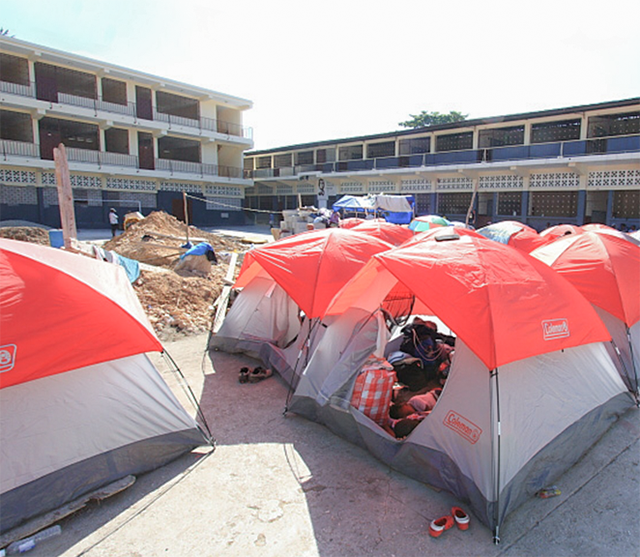 The Sandals Foundation is very pleased to have some of our major international partners coming onboard such as School Specialty with donation of educational supplies for the schools most affected by the hurricane and Hasbro who have donated additional toys for both Haiti and the Bahamas in the Sandals Foundation Christmas Toy Drive. We are working with our partners on the ground to assess and identify long term sustainable projects to include the recovery of technology in schools in The Bahamas and greenhouse construction in Haiti. We are grateful to our donors and partners who make these efforts possible. Together we can help our neighboring islands recover from this disaster and help to restore life to normalcy.

Population Services Inc. and Salesian Missions have been faithful partners since they first forged alliance with the Sandals Foundation to support disaster relief efforts following the 2010 Haiti hurricane. Help us continue with our efforts.